Saint Joseph Monastery is situated in a serene, calm and picturesque area in the village of Jrabta, in the Batroun district in North Lebanon. Construction of the Convent began as early as 1896.

One of the nuns who stand out in the history of the monastery is Sister Rafqa (1832-1914), who bore terrible suffering with patience and forbearance. After her death, a number of miracles occurred through her intercession and the earth of her Tomb has become a source of divine graces and many remarkable cures have been confirmed. On June 10, 2001, His Holiness Pope St. John Paul II canonized her a Saint in the Catholic Church.

The monastery houses the remains of Saint Rafqa and is a well-known religious pilgrimage site in Lebanon. Many visitors from throughout the world, come seeking her intercessions and prayers on a daily basis and the nuns offer them spiritual guidance and hospitality.

Saint Rafqa said to the Superior Nun in the monastery:

"May the land give you from below and the sky from above. May God develop our monastery"

The prayer of Saint Rafqa is still being heard until now all over Saint Joseph monastery, transformed due to her prayers and sacrifices to a holy big edifice and to a world renown pilgrimage site.

The words of Saint Rafqa are a simple translation of the divine providence that guided the steps of the nuns since the establishment of the monastery in 1897 until now. 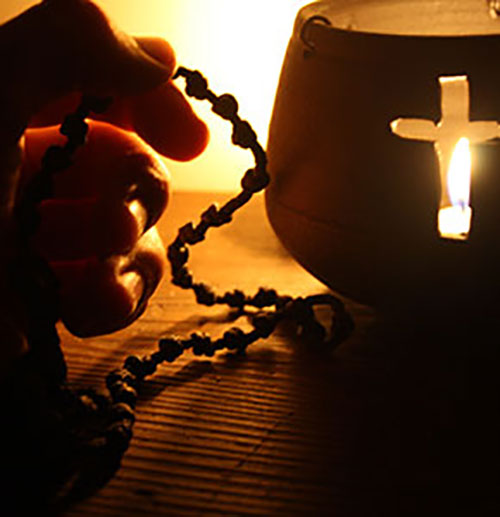